I was a sophomore in High School and participating in competitive soccer, FBLA, Peer Leadership, Pop Club, dancing for a Polynesian show, serving in my church calling, working full time, […]
Read Article
 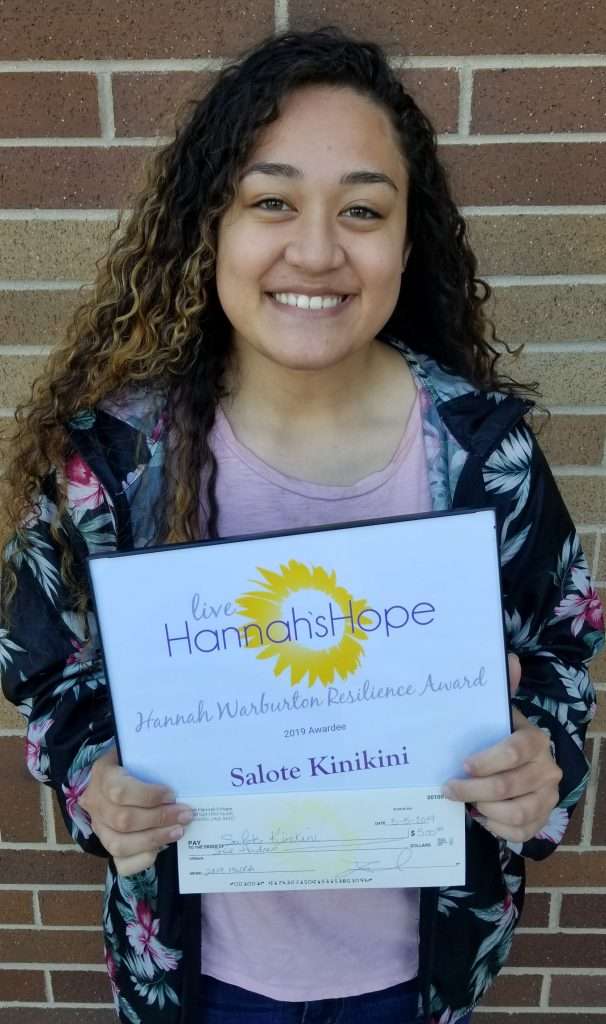 I was a sophomore in High School and participating in competitive soccer, FBLA, Peer Leadership, Pop Club, dancing for a Polynesian show, serving in my church calling, working full time, not to mention holding down my responsibilities of being the oldest of 8 children in my family. I was nonetheless very busy doing the things I loved and totally loving life.

Near the end of the two week winter break. I got sick! I had the typical symptoms that included fever, chills, fatigue, body aches, loss of appetite kind of stuff. It was horrible!! Two weeks following I remember I was at work and my knees just gave out on me! I couldn’t stand or even walk! They were swollen and hot to the touch. My dad came to my work and carried me to the car and brought me home. My mom took me to the Dr. the next morning and I was referred to a specialist, but wasn’t able to get in for about a month. Then randomly and unexpectedly over the next few weeks I started having bizarre episodes.

After one soccer practice I broke out in a severe rash on my legs, face, and arms that didn’t itch or hurt but looked painful. Two day later I was playing in a soccer game when my whole body had a rush of fatigue that felt like every ounce of energy had been drained out of me. What was happening to me? I had been active and healthy my whole life, and now these random episodes were taking a huge toll on me.

I saw the specialist, did blood work and a few other tests. The results were conflicting. Our specialist was stumped she had not seen this before. The next several months proved to be more challenging. The episodes kept coming with more symptoms that gave no warning; migraines, numb extremities, swelling, severe abdominal pain, chest pain, vision impairment, hair loss, weight gain, then weight loss, poor circulation in my hands and feet, and the list goes on.

I basically lived at the hospital. I had test after test, scan after scan, surgery’s, biopsies, saw several different specialists, and my body went through an enormous amount of physical and emotional stress.

I was admitted to the hospital for a while and I had to quit my job, I had to quit playing soccer, I went from being a 4.0 student to failing all my classes from missing school. I had to take a handful of different medications with the hope that they would help. We needed answers, but we had no luck as to what in the world was going on?

A huge team of doctors studied my case for several months. I was finally at some point diagnosed with two very rare autoimmune diseases and an autoinflammatory disease. I was also told that this was something that I would have to face the rest of my life.

It was a lot to take in! It was a lot to cope with! My life had just changed! I needed to make a decision. I learned that having a positive attitude can change the whole situation in a person’s life, so that day I decided I was going to chose to be positive and endure whatever life gives me.

I was set up to have a nurse come to my home for treatments and after a few months and a lot of faith I started feeling better! I was able to function enough to pick myself up and keep moving forward.

I have had an overwhelming pile of mandatory deadlines with all my credits I had to make up, while still staying on top of my senior year school work, in addition to applying for universities, and scholarships, going back to work, completing packets, getting regular treatments as the nurse visits me at home,and continue to share the responsibilities at home and at church. I did not let it stop me from running for and being elected Senior Officer for FBLA/DECA or participating in all of those, ‘once in a lifetime’ memory making events my senior year.

I am a fighter. I will accomplish great things, things that maybe others may think I am not capable of. I will not let this define me. I will prove to everyone that life throws obstacles in our way, but we don’t have to stop, we just need to find a way around them, and keep moving forward!