She didn't give up despite her fears.
Read Article
 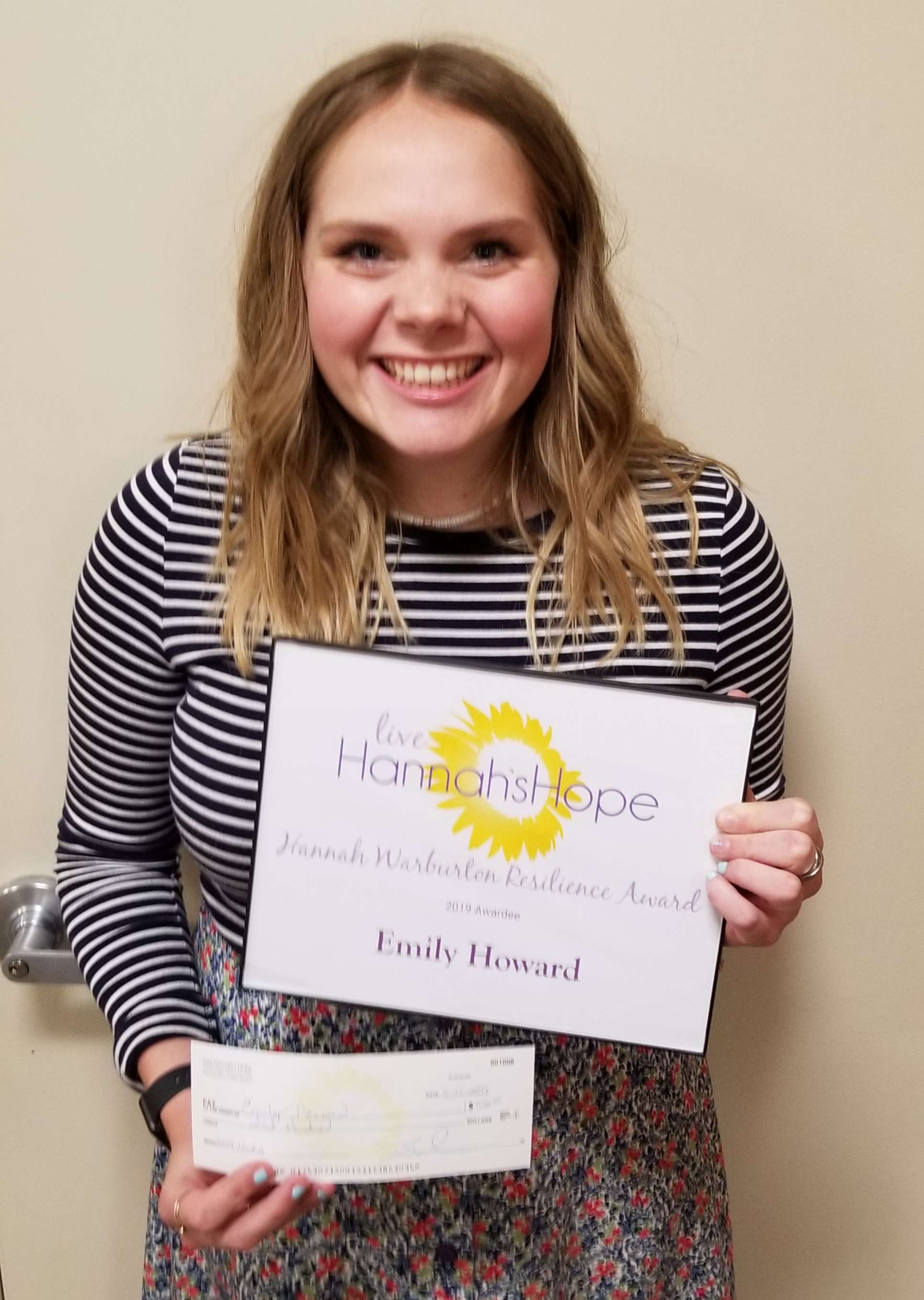 In December of 2017, my whole high school experience was turned upside down. I woke up one day and couldn’t keep any food or drink in me; I would try and eat and almost immediately I would be throwing it right back up. At first, I didn’t think much of this, but after three weeks without nutrients I was extremely dehydrated. My parents took me to the ER where they placed my first feeding tube and admitted me for my first week in the hospital. I had quickly and dangerously lost 50 pounds.
During this week the doctors did multiple tests searching for answers. They could find nothing. It was very defeating that I was so sick, and that no one could help me. The only good thing was that they were able to get me stable; I was then sent home and started on the tests that could be done in the outpatient setting. Once I got home, all I wanted to do was return to school so I could get back to finishing my junior year. There was just one downside to this; I still had the feeding tube on my face. I knew my close friends wouldn’t care, but I was afraid everyone else would ask me about it non-stop and spread rumors about me.
I wasn’t incorrect, every day I would try to explain what was wrong with me, even though I had no idea. One month had passed with no answers, and I was getting sicker and sicker, which ultimately put me back in the hospital so I could once again be stabilized. This time when I got released, we had a better plan set so I could stay stable at home.
I was able to learn how to live as close to a normal life as I could with the feeding tube and throwing up all the time, which meant I was able to finish my junior year without being admitted to the hospital again.
In June my doctor was all out of ideas, so he sent me to Nationwide Children’s Hospital in Columbus, Ohio. At the consult appointment, the doctors in Ohio thought I might have what is called Rumination Syndrome. Rumination is a very rare disorder, it is a subconscious eating disorder that I personally could not control. My brain had decided food was poison, and that’s why I would throw up. We were so happy that someone may have found an answer for my illness, and excited for the next step in this process.
September is when we finally got to take that next step; I had to return to Ohio for a two-week inpatient stay where they tried to retrain my brain to accept food. This also made me miss the first two weeks of my senior year, which only made it harder. In the hospital, I had a team of eight different therapists and doctors working with me everyday teaching me techniques to get my brain to not throw up after I ate. After ten days in the hospital, they were able to pull out my feeding tube and soon enough I was on my way home.
I did extremely well with what they taught me until December. I again got very sick and had to return to the ER for my 16th time in the year. Luckily at this visit they just pumped me full of fluids and I was able to get to stability again. After this visit, I decided to try and cut out gluten and dairy; this seemed really promising until February of 2019.
In February, I stopped being able to hold anything down, this is what led them to putting the feeding tube back in me. It has been harder to get the feeding tube back in a second time than it was the first. It was absolutely devastating returning to school with it, but I know graduating will be well worth it once I can accomplish the goals, I have set for myself.
Each day I may have to fight a new challenge, I have learned to cope and get through them by finding happiness in the smallest things, by staying active to keep my mind off the trials, and by serving those around me. At the end of the day the little things in life often out weigh the hardships. Now my main goal is to be able to graduate with the feeding tube off my face and eventually be healthy again!